We all know Mark Zuckerberg as the nerdy Harvard dropout who launched a simple “Hot or Not” website that eventually became Facebook. Hardly eleven years later, Facebook has over a billion users and Zuckerberg is the fifteenth richest person in the world. You could say that Zuckerberg has found plenty of success. But apparently one billion people on Facebook is not enough: in 2013 Mark Zuckerberg launched an organization that he says will reach even more people than Facebook.

At this very moment, you’re reading this essay online, and that puts you in the roughly 38% of the world’s population that is lucky enough to have the internet. You’re connected to 2.7 billion other people, from Iraqi terrorists to Swedish video gaming celebrities. But are you using this impressive technology to it’s fullest potential? Why is Zuckerberg so impassioned about open access to the internet, and do we fully value the privilege that we have?

Let’s take a look at why this super-connectivity is so important and how it can help you achieve things that might otherwise be impossible.

One of the most significant innovations in the history of mankind is something that took thousands of years to discover, and yet any first grader could easily explain it to you today. Can you guess what it is? It’s the number zero.

Without zero, we wouldn’t have calculus or the coordinate plane, both of which are essential pieces of the math calculations we use to build millions of things. Although it seems simplistic, zero is a foundational principle of most of the technology that we use today. To offer one specific example, zeros are essential to binary code, the basic language used by all computers. The importance of zero can’t be overstated–the mathematician and author Tobias Dantzig wrote, “In the history of culture, the discovery of zero will always stand out as one of the greatest single achievements of the human race.”

There are two cultures that seem to have been the first to use zero; they discovered it independently on opposite sides of the world. One was the Babylonians, around 350 BC, and the other was the mythical and mysterious Mayans, around 300 AD. In fact, the Mayans seemed to have an incredibly advanced and complex society, with scientific discoveries that Europeans didn’t make until thousands of years later. (Here’s a brief, cool video about them.) The Mayans lived isolated in history, never given the opportunity to share their achievements with the world. The number zero wasn’t used in Europe until a thousand years later, while the Mayans (and Babylonians) had it all along. 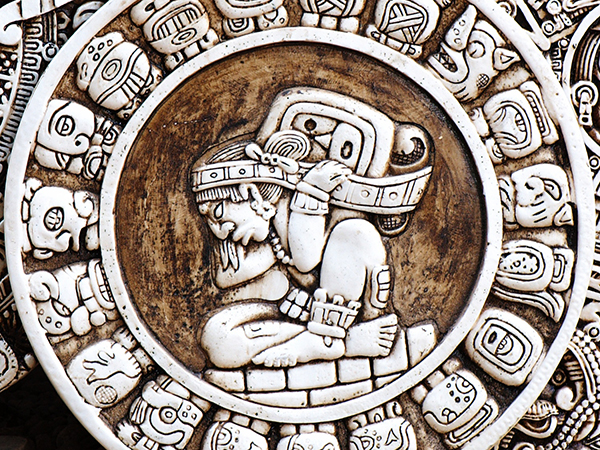 And that’s the power of the internet–it equalizes the opportunity for knowledge so that anyone in the world can have access to it. As Thomas Friedman points out in his book The World is Flat, the world is a level playing field where anyone can succeed. Because the internet offers access to other people around the world, we can find those that are similar to us and benefit from their experiences and expertise.

Almost all of us want to become better. We want to be happier, healthier, and richer; we want to be vastly improved versions of ourselves. With the internet, we have a massive network of knowledge and social influence to help us do just that. I’ve found that there are two ways in particular that I try to connect with other people. Here they are:

1. Finding People Who Are As Weird As You Are

With 2.7 billion people on the internet, inevitably someone, somewhere has the same problems as you. It’s motivating and comforting to interact with people that are like us. The internet makes it so that we can feel that we’re part of something without the need for physical proximity. I’ve felt this in my own life when I use Twitter–since I follow so many people that live in Silicon Valley, I often feel like I’m right in the middle of the latest valley debate, even though I live two states away.

If you’re looking to connect with like-minded individuals that share your goals, a lot of sites and apps have built friendly communities where you can connect. For a simple, goal-oriented approach, I love the Lift app. Search for the goal that you want to achieve, and there are bound to be dozens and possibly hundreds of people that have the same goal. But the main reason I love Lift is because it allows you to offer “props.” It’s similar to a Facebook “like”–just a positive acknowledgement from someone else that you’re doing a great job. You may not want to engage in a lengthy interaction with complete strangers, but Lift facilitates encouragement as you work on your goal, and it comes from someone you’ve never met before. You can give props to someone living in London who shares your goal to floss every day–and that is pretty awesome.

When I’m looking for conversations and more interaction, I’m sometimes a bit hesitant to connect with strangers because of the internet trolls that wait in the shadows. My strategy has been to follow reputable blogs with a large following, where comments are moderated. On these types of blogs, people make productive, insightful comments, and it’s easy to find shared interests. A great example of this is James Clear’s blog about habits, where he’s created an inviting and respectful community to focus on helping you become a better person.

2. Finding People that Are 1000x More Talented Than You Are

Imagine if the Europeans had access to social media to see what the Mayans were up to. The Mayans would have been Instagramming the corn they had for lunch and the chocolate they had for dessert, and the Europeans would have been thinking, “Maybe it’s just the X-Pro II filter but…dang…that looks way more delicious than what I’m eating.” Pretty soon, the Europeans would be asking for recipes (which the Mayans would post to Pinterest, of course). And the more intellectual Europeans would be asking about how the Mayans created their calendar and how they discovered the number zero. Exchanging ideas and knowledge is central to the idea of the internet and worldwide connectivity. If you’re not learning on the internet–really learning, not just entertaining yourself with gifs and lists–you’re shutting yourself out of a massive opportunity.

On Twitter, Facebook, LinkedIn, Reddit, and just about anywhere on the internet you can find people that are smarter and more talented than you are. If you want to become a better person, in any area of your life, there’s no reason you can’t find someone online to help. Some of the best resources are websites designed specifically for that purpose. Take, for example, Clarity, which allows you to find experts from all over the world and ask for their advice, or Skillshare, where you can find inexpensive online courses to learn new skills.

You’re one of the 38% who have access to the internet now–will you use it for good? Don’t wait to take advantage of the 2.7 billion other people at your fingertips. Make a friend, learn something new, or share an idea, so we can all help each other improve and become better versions of ourselves.

If you’re not sure where to start, I’d love to connect with you. Send me a note or leave a comment, tell me what you’re working on or what you’re interested in–I’d love to hear from you.